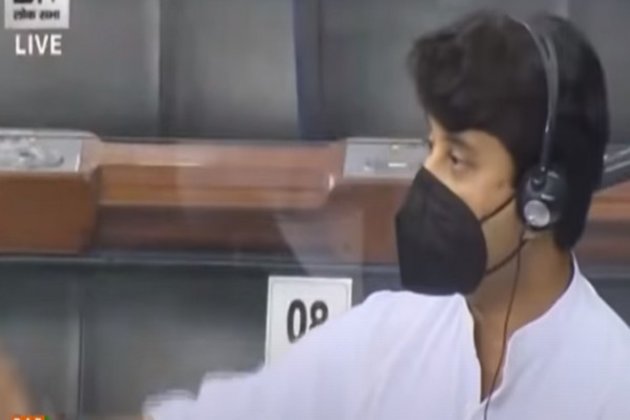 New Delhi [India], July 29 (ANI): Lok Sabha on Thursday passed the Airports Economic Regulatory Authority of India (Amendment) Bill, 2021 without a debate amid ruckus created by opposition members over their demands including on Pegasus row and farm laws.

The bill seeks to amend the Airports Economic Regulatory Authority of India Act, 2008.

It proposes to amend the definition of "major airport" so as extend its scope to determine the tariff for a group of airports also, which will encourage the development of smaller airports.

Moving the bill for passage, Civil Aviation Minister Jyotiraditya Scindia said that the government, under the leadership of Prime Minister Narendra Modi, is committed to making aviation accessible to the common man.

Scindia attacked the opposition for disrupting the proceedings of the House.

He said the government is committed to the welfare of farmers and the development of the country.

"During the pandemic, instead of discussion, the House is witnessing sloganeering. Amid all this sloganeering, the government is committed to the welfare of all sections including farmers and poor.

"They (opposition) do not want discussion during COVID crisis. But the Modi government will convert this crisis into an opportunity and provide all possible facilities to farmers and people," Scindia said.

"People should know what is being done under the leadership of PM Modi. The whole nation should also know their (opposition) behaviour too. The government is working for the benefit of the people. They (Opposition) do not want to listen and just want to speak. In a democracy, you need to listen if you want to speak," he added.

He said the bill will pave way for an increase in air traffic and related economic activities across the country including in tier-two and tier-three cities. (ANI)