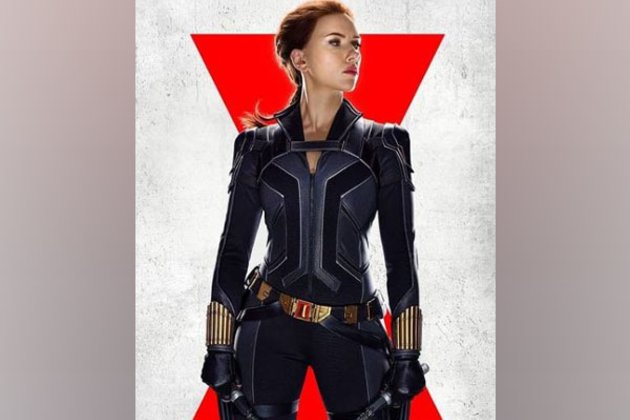 Washington [US], July 30 (ANI): Following Scarlett Johansson's breach of contract lawsuit against The Walt Disney Co. on Thursday, the production house slammed back the 'Back Widow' star for showing "callous disregard for the horrific and prolonged global effects of the COVID-19 pandemic."According to Variety, in a court filing, Johansson said that Disney's decision to send 'Back Widow' to Disney Plus at the same time it was released in theatres cost her millions of dollars in backend compensation.

Those bonuses were tied to hitting box office benchmarks that the Marvel movie likely won't achieve. Disney is countering that it complied with the terms of Johansson's deal to star in the Avengers spinoff film.

In an unusually fiery statement, Disney said, "There is no merit whatsoever to this filing. The lawsuit is especially sad and distressing in its callous disregard for the horrific and prolonged global effects of the COVID-19 pandemic."The company went on to state that the star has already received USD 20 million for her work and argued that "the release of 'Black Widow' on Disney with Premier Access has significantly enhanced her ability to earn additional compensation on top of the USD 20M she has received to date."Disney did not provide any information about whether or not Johansson's pact was renegotiated so that she could share in streaming rental revenue.

The release of 'Black Widow' was delayed more than a year amid the COVID-19 crisis, debuted earlier in July, in theatres around the globe, as well as on Disney Plus Premier Access for an additional USD 30.

Disney took this unusual step of announcing Disney Plus revenue over the film's opening weekend, saying it had earned USD 60 million. The studio positioned the move as a concession to the damage COVID-19 had inflicted on the theatrical distribution landscape.

The lawsuit, filed by Johansson in Los Angeles Superior Court, states that 'Black Widow' had been guaranteed a wide theatrical release when Johansson signed her deal with Marvel. According to the complaint, Disney tortiously interfered with that deal for its own advantage.

In the lawsuit, the complaint asks "Why would Disney forgo hundreds of millions of dollars in box office receipts by releasing the Picture in theatres at a time when it knew the theatrical market was 'weak,' rather than waiting a few months for that market to recover?"Accusing Disney, it further continued, "On information and belief, the decision to do so was made at least in part because Disney saw the opportunity to promote its flagship subscription service using the Picture and Ms Johansson, thereby attracting new paying monthly subscribers, retaining existing ones, and establishing Disney as a must-have service in an increasingly competitive marketplace."The complaint adds that Disney's actions "not only increased the value of Disney, but it also intentionally saved Marvel (and thereby itself) what Marvel itself referred to as 'very large box office bonuses' that Marvel otherwise would have been obligated to pay Ms Johansson."The lawsuit also stated that Disney made no attempt to redo her deal once the decision was made to send 'Black Widow' to streaming. "Disney and Marvel largely ignored Ms Johansson, essentially forcing her to file this action," the action states.

WarnerMedia and Warner Bros. have reportedly shelled out as much as USD 200 million to pay a parade of talent whose films have opened or are scheduled to open, at the same time on the big screen and on HBO Max, including Patty Jenkins, Gal Gadot and Will Smith. Johansson's complaint even references that practice.

Johansson through her lawsuit alleges that Disney knew that streaming the blockbuster would dissuade attendance from moviegoers, including repeat moviegoers, and it did so anyway, knowingly and intentionally.

As per The Hollywood Reporter, for the lawsuit, Johansson is being represented by Kasowitz partner John Berlinski, who formerly worked in-house at NBCU and was one of the lead attorneys in a high-profile case over hit show 'Bones' distribution on Hulu.

That litigation, which entailed claims of self-dealing by Fox studio that was later acquired by Disney, resulted in a USD 179 million arbitration ruling, where the arbitrator slammed "reprehensible fraud" on the part of Fox. The award was later trimmed down to USD 51 million.

Johansson's deal with Marvel likely has an arbitration clause, but she has no direct deal with Disney, so her hope is that a tortious interference claim will stick in open court.

In the lawsuit, Johansson has gone on record to say 'Black Widow' underperformed at the global box office because of Disney Plus, earning just north of USD 318 million to date. While the movie secured the biggest domestic debut of the pandemic era, USD 80 million, that was on the lower end for a Marvel Cinematic Universe title.

Later, in its second weekend, the tentpole dropped off a huge 68 per cent in North America. "In short, Disney's strategy to lure viewers away from the theatres and toward Disney Plus worked," the lawsuit states.

In recent weeks, many other films have likewise seen huge drop-offs. Some analysts attribute this to moviegoing being front-loaded, while others say it's because of the availability in the home.

According to Variety, Johansson's attorney suggests this lawsuit could impact the way that movie stars are compensated in the streaming era and may inspire a wave of fresh legal action by actors upset that their films are not exclusively debuting in theatres. (ANI)