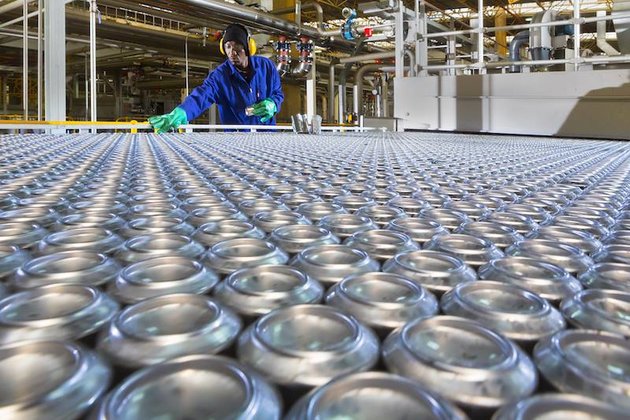 Package producer Nampak's shareholders are starting the weekend on a high note, following news of a 24% revenue increase that sent the company's stock soaring.

On Friday, in a trading update for the nine months ended 30 June 2021, Nampak said it had seen a major improvement in trading conditions for the third quarter of 2021, compared to the 2020 third quarter, which was impacted by hard lockdowns and alcohol bans across its operations.

Nampak produces metal, plastic and paper packaging, and has operations in 11 African countries, including South Africa.

Some of its customers include makers of alcoholic beverages, and in South Africa, the liquor industry has faced four sales bans since the beginning of the lockdown in March last year.

On Sunday, government announced that it was lifting the latest ban, but that trade would continue with restrictions.

"Improved trading conditions, successful restructuring and cost saving initiatives have resulted in a 24% increase in revenue and significant improvements in operating results for the nine-month period ended 30 June 2021," Nampak said.

News of the improvement in its performance resulted in a share price surge of almost 12% by late afternoon on Friday.

The group has been on a restructuring drive and aims to reduce its R5.8 billion debt by R1 billion by the end of September. The R1 billion reduction will be done through asset disposals or a capital raise.

Nampak said it would release a voluntary trading update in September, ahead of its closed period in October.