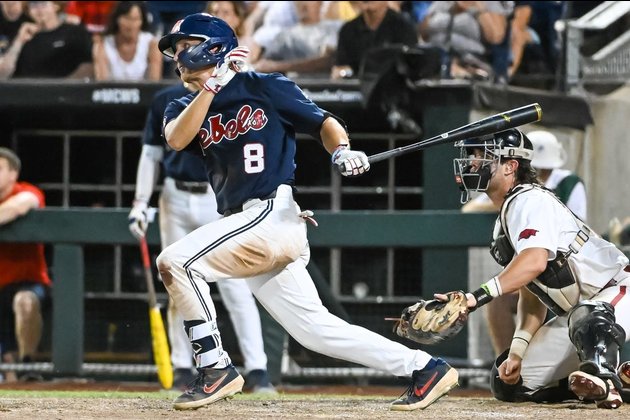 Calvin Harris homered and drove in four runs as Ole Miss rolled to a 13-5 victory over Arkansas on Monday in the College World Series at Omaha, Neb.

Tim Elko homered and drove in three runs and Justin Bench drove in two as the Rebels (39-22) knocked off their Southeastern Conference rivals. Ole Miss will play Wednesday against either Arkansas or Auburn.

Peyton Stovall hit a two-run blast for the Razorbacks (44-20), who will play Auburn on Tuesday in an elimination game.

Bench's two-run single made it 12-3 in the eighth. Stovall's homer came in the ninth.

WARSAW, Poland: As Poland's main interest rate remains at its highest level since 2008, boosting the profits of Polish banks, ...

PARIS, France: According to projections and interviews by the Associated Press in 11 countries, tourism officials have said they expect ...