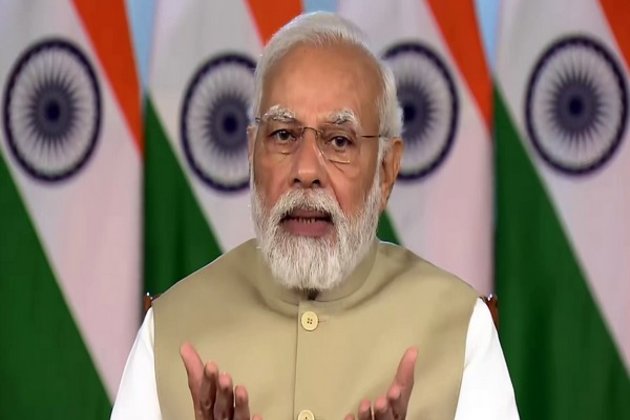 The Prime Minister said that the nation will forever be indebted to him for his efforts in giving citizens of the country 'the Tricolour'.

"I pay homage to the great Pingali Venkayya on his birth anniversary. Our nation will forever be indebted to him for his efforts of giving us the Tricolour, which we are very proud of. Taking strength and inspiration from the Tricolour, may we keep working for national progress," tweeted PM Modi.

To mark the birth anniversary of Pingali Venkayya, the designer of India's national flag, the Central government will release a special commemorative postage stamp on Tuesday, August 2.

PM Modi will release the stamp at a programme in New Delhi, Union Minister for Tourism and Culture G Kishan Reddy said on Sunday. He revealed that the original flag designed by Pingali will be displayed at the event. The Central government has also invited family members of Pingali to the programme.

A postage stamp in his honour was released in 2009. Also, the Vijayawada station of All India Radio was named after him in 2014. And last year, his name was proposed for the Bharat Ratna by Andhra Pradesh Chief Minister, YS Jagan Mohan Reddy.

Born near Machilipatnam (Andhra Pradesh) on August 2, 1876, Pingali had designed many models of the national flag. In 1921, Mahatma Gandhi approved a design during the Indian National Congress meeting in Vijayawada. The national flag that we see today was based upon his design.

Venkayya was a fervent freedom fighter and the designer of the Indian national flag who went on to become synonymous with the spirit of free and independent India. He breathed his last on July 4, 1963.

Also, Prime Minister Narendra Modi on Tuesday changed his profile picture on his social media handles to 'Tiranga' ahead of Independence Day celebrations in the country.

"It is a special 2nd August today! At a time when we are marking Azadi Ka Amrit Mahotsav, our nation is all set for HarGharTiranga, a collective movement to celebrate our Tricolour. I have changed the DP on my social media pages and urge you all to do the same," tweeted PM Modi today.

PM Modi on Sunday called upon all citizens to turn the 'Har Ghar Tiranga' campaign into a mass movement by hoisting or displaying the national flag at their homes and using the 'Tiranga' as a display picture on their social media accounts between August 2 and August 15 to commemorate the 75th anniversary of India's Independence.

"Under the Azadi Ka Amrit Mahotsav, from the 13th to the 15th of August, a special movement - 'Har Ghar Tiranga' is being organized. Let us further this movement by hoisting the National Flag at our homes," said Prime Minister Narendra Modi on Sunday while addressing the monthly radio programme 'Mann Ki Baat'.

"August 2 is the birth anniversary of Pingli Venkhaiya who designed the National Flag. I urge all to use 'Tiranga' as profile picture in social media accounts between August 2 and August 15," he said.

'Har Ghar Tiranga' is a campaign under the aegis of Azadi Ka Amrit Mahotsav to encourage people to bring the Tiranga home and to hoist it to mark the 75th year of India's independence.

Addressing the 91st edition of the monthly radio programme, Mann Ki Baat, Prime Minister Modi stated that India is set to witness a glorious and historic moment as it completes 75 years of Independence.

Azadi Ka Amrit Mahotsav is an initiative of the Government of India to celebrate and commemorate 75 years of independence and the glorious history of its people, culture and achievements. (ANI)