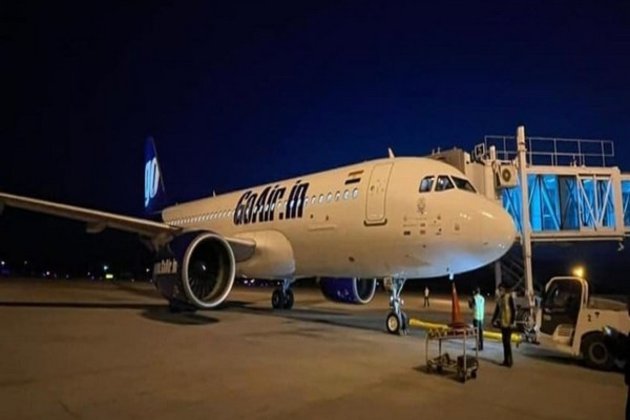 New Delhi [India], August 4 (ANI): An aircraft of Go First returned to Ahmedabad after it suffered a bird strike within a few minutes of take-off on Thursday afternoon.

The directorate General of Civil Aviation (DGCA) has ordered an inquiry into the incident.

A senior DGCA official confirmed that Go First flight G8911 which was operating on Thursday from Ahmedabad to Chandigarh was diverted to Ahmedabad after a bird-hit incident.

On June 20, a Delhi-bound aircraft of the SpiceJet airlines carrying 185 passengers caught fire soon after taking off from the Patna airport and made an emergency landing minutes later due to a bird hit. On the same day, another Delhi-bound IndiGo flight from Guwahati returned to Guwahati airport due to a suspected bird hit after the takeoff.

Earlier last month, the windshield of a Go First flight between Delhi and Guwahati cracked mid-air due to bad weather on Wednesday, a Directorate General of Civil Aviation (DGCA) official said.

The aircraft was diverted to Jaipur and landed safely.

DGCA had said that such incidents take place on a daily basis, but these occurrences hardly have any safety implications. "On average, about 30 incidents do take place, including go-around, missed approaches, diversion, medical emergencies, weather, technical and bird hits," the top DGCA official told ANI.

"Most of them have no safety implications. On the contrary, they are a sine qua non of a robust safety management system," he added.

A Delhi-bound GoAir aircraft was rejected take-off from Leh due to a dog on the runway.

In similar incidents, another two Go First flights were diverted due to engine snags. The DGCA said that the matter is being investigated.

Meanwhile, after frequent engineering-related glitches were reported in several airlines, the DGCA conducted several spot checks and advised that all aircraft at base and transit stations shall be released by certifying staff holding a licence with appropriate authorization by their organization, said officials. (ANI)