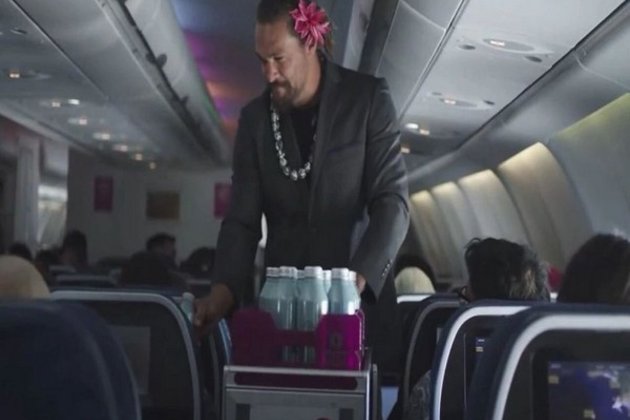 Washington [US], August 4 (ANI): Imagine Jason Momoa being your flight attendant. We're sure he wouldn't just be serving snacks and water, but also his good looks!This is exactly what happened when he decided to take the food cart for a spin on a flight to Hawaii. Jason surprised the passengers aboard a flight to Hawaii on Tuesday as he pushed the snacks cart, handing out water bottles.

The video has now gone viral on social media and people are appreciating the actor for being so humble.

Check out the video:On the work front, Jason will next be seen sharing screen space with Amber Heard in 'Aquaman 2'. The sequel will also star original cast members - Nicole Kidman, Temuera Morrison, Yahya Abdul-Mateen II, Patrick Wilson, and Dolph Lundgren. New stars to join the cast of the forthcoming action flick include Indya Moore and Jani Zhao. The film is slated to release in March next year.

Speaking about Jason, he hails from Hawaii. He is currently dating Mexican actor Eiza Gonzalez. After 'Aquaman 2', he will play be seen playing the villain in 'Fast X' - the tenth instalment in the Fast and the Furious franchise. (ANI)