Govt focusing on development to boost tourism in Jammu 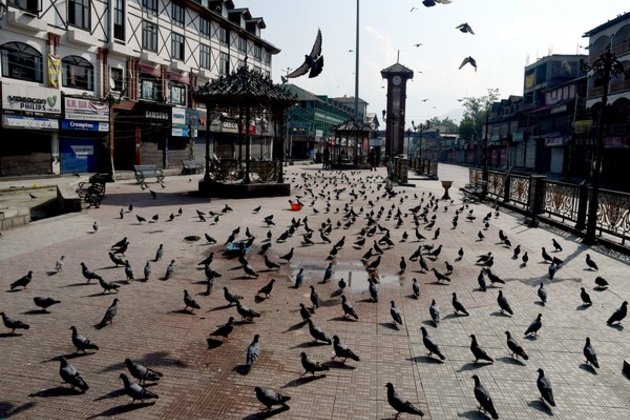 Jammu (Jammu and Kashmir) [India], November 22 (ANI): As part of the government's plan to boost tourism in Jammu and Kashmir, special attention is being given to the Jammu province since the abrogation of Article 370 to bring all the places on the tourist map.

According to the Lieutenant Governor, a total of 210 tourist destinations have been identified and integrated tourism development is being sought.

As per the reports, the people of Jammu province used to complain and still do that not enough attention has been given at the government level to promote tourism here.

All the ten districts of Jammu province including Poonch, Rajouri, Kishtwar, Ramban, Doda, Reasi, Udhampur, Samba, Kathua are being identified and brought on the tourism map by identifying areas rich in natural beauty and religious places.

The report said that this year the tourism sector has made history and set new records.

Under the guidance of Prime Minister Narendra Modi, tourism destinations are getting a lot of attention with the help of professional service providers and experts. A community partnership of private companies in the tourism sector is the need of the hour.

Murtaza Ahmed said that many tourists could not be attracted to the tourist places in Jammu province because the road connectivity is not good here.

"But now the government is paying special attention to improving road connectivity over the last few years. If the infrastructure is improved then the number of tourists will automatically start increasing," Ahmed said.

The report quoted, Abhino Jandial, who came to Peer Gali with his family to enjoy the snow, said, "This place is much more beautiful than Gulmarg, Pahalgam and Sonamarg, but there is no required development or infrastructure. More restaurants, hotels are required."It should be noted that under the recent 'Back to Village' program, around 40 villages have been identified in Jammu province which are being developed as tourism villages and the concept of stay home has also been introduced there, from tourism in these villages. There is also a possibility of creating employment opportunities for the local youth.

In a first of its kind, the Government of Jammu and Kashmir has embarked on an ambitious and extensive programme of reaching out to the people at the grassroots level to create in the rural masses an earnest desire for decent standard of living.

The 'Back to Village' programme is aimed to involve the people of the state and government officials in a joint effort to deliver the mission of equitable development. The programme is aimed at energizing Panchayats and directing development efforts in rural areas through community participation, the press statement reads.

As part of this programme, civil servants will have to reach out to each Panchayat of the State, where they will stay for a specific period to interact and obtain feedback from the grassroots so as to tailor government efforts in improving delivery of village-specific services. The 'Back to Village' programme has been conceived with the objective of ensuring that developmental initiatives are built on the feedback and cooperation of the people, thus being more result oriented with greater probability of success than those which are top down, it added.

The programme revolves around the concept that while the official machinery has to guide and assist, the primary responsibility to improve local conditions rests with the people themselves. Therefore, they must be encouraged to own a programme so that benefits are maximized. The life of a person living in a rural area is not cut into segments in the way the Government activities are prone to be. The approach at the village level, therefore, has to be a coordinated, touching all aspects of village life. Such an approach has to be made, not through a multiplicity of departmental officials, but through Panchayats, it reads.

The essence of the 'Back to Village' programme is to emphasize the importance of ensuring, right from the beginning, people's participation, not merely as an agent in the execution of the development works but as owners of the entire programme.(ANI)