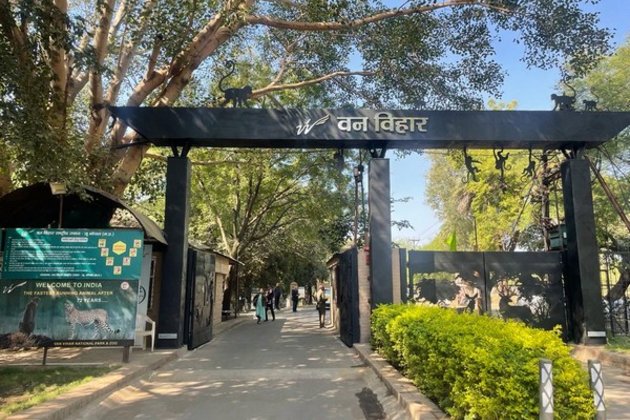 The action was taken after Bollywood actress Raveena Tandon shared a video of the incident on Twitter that has gone viral. She wrote, "Van Vihar, Bhopal. Madhya Pradesh tourists (ruffians) pelting stones at the tiger in closures. Having a good laugh when told not to do so. Screaming laughing, shaking the cage-throwing rocks. No security for the tiger. The humiliation they are subjected to."Vanvihar National Park Director, Padmapriya Balakrishna told ANI that the youths were not spotted pelting stones at tigers in the viral video. The two youths were, however, seen shouting, ringing the cycle's bell and disturbing the tiger at the enclosure in the video. As a result of which, the POR was registered against them. Further action would be taken against them with the help of police after identifying them.

Besides, we have asked for an explanation from our staff as the incident happened in their presence. We have also pasted the photos of these youths on both the gates of the park and have banned their entry for the next one year," the director said, adding that CCTV cameras will be installed in the park to avoid such incidents in the future. (ANI)