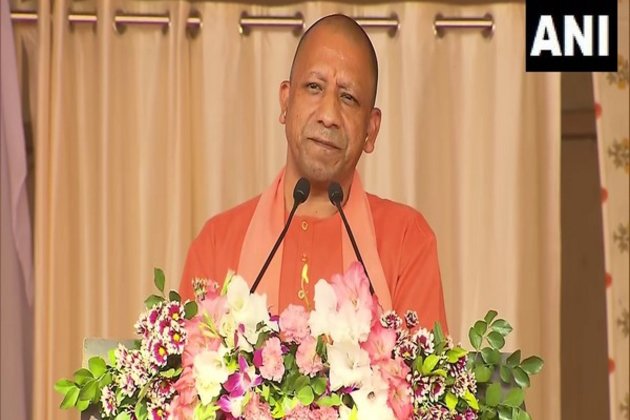 As per an official statement on the high-level meeting chaired by the CM in Prayagraj on Thursday to draw up action plan for the conduct of 'Maha Kumbh 2025', the management of the annual pilgrimage fair should be such that 'it outperforms itself and meets the expectations of the country and the world'.

At the meeting, the CM said the event would present an opportunity for the state's 24 crore citizens to showcase its potential before the world.

"In the next two years, teamwork and project management should be done through effective implementation and execution of projects," the official statement quoted the CM as saying at the meeting.

Also, at the first official meeting for one of the world's largest pilgrimage fairs, the CM emphasised on the quality and timeliness of works and transparency in tendering processes. He also warned of strict action against officers in found showing laxity in their jobs.

The CM also directed that a committee be formed under the chairmanship of the divisional commissioner, adding that all projects related to the Maha Kumbh should be monitored every week. Also, at the meeting, the CM said under the leadership and guidance of the Prime Minister Narendra Modi, the state government not only ensured a successful conduct of 'Prayagraj Kumbh 2019' but also set impressive standards of cleanliness, security and order.

He added that the the event in 2019 was 'unprecedented' in many ways, one of them being that not a single mishap was reported at the event for the first time in 200 years.

He added that all projects related to the event were completed on time and there was no compromise on quality and conduct.

"For the first time, the Kumbh was given a new 'logo'. Akshayvat and Saraswati Koop, closed for 450 years, were opened for darshan. Over 24 crore devotees and pilgrims took a holy dip in the Ganges. The President, Prime Minister and chief ministers of other states, as well as other dignitaries, including ambassadors of 70 countries and more than 3,200 NRIs, visited Prayagraj Kumbh 2019," the CM said.

He further said that commendable work was done on all aspects of the fair -- cleanliness, security and order through inter-departmental coordination.

He said 'Mahakumbh 2025' should be presented as an 'excellent project' showcasing the "cultural heritage of India and the administrative capacity of the state".

Establishing coordination with the Finance department was necessary for funding, ensuring that work gets done without any delay and needless exchange of correspondence, the CM said, adding, "If any problem arises at any level, solve it through a meeting."The CM said special attention should be paid to cleanliness and the number of toilets should be increased. Special arrangements should also be made for the cleaning staff, Yogi said, adding they should be provided with proper accommodations and their remunerations should be sent directly to their bank accounts.

Stressing community participation for a successful event, the CM directed that the number of ghats and their expanse be increased.

He said, "in order to keep the Ganga uninterrupted and clean, an action plan should be made to complete the projects on time. The aim should be to ensure a 'Nirmal' (clean) Ganga in all the districts -- from Bijnor to Prayagraj."On action plan for the police department, the CM said adequate security arrangements should be made for fire prevention and disaster management, among other contingencies. Fire equipment, anti-terror surveillance, baggage checking equipment and river barricading should be in place for disaster management, he added.

"Coordination should be established with all the citizens of Prayagraj and all camps at the Mela should have proper security arrangements. Special emphasis should be laid on police training. Camps should be made available to all and the police presence should be like in Kumbh, 2019," the CM added.

He said it should be ensured that there is no shortage of facilities for Kalpavas during the Magh Mela.

The Magh melas should be organised with a view to preparing for the Prayagraj Mahakumbh-2025, Yogi said, adding that all the districts should be directed to ensure uninterrupted and pure water arrangements during the Magh melas.

"Work should be done on mission mode to provide excellent arrangements to all the devotees before the first bath. Plans should be implemented with the aim of making 'Prayagraj Mahakumbh 2025' the most unprecedented and unforgettable event in the world," the CM said. (ANI)