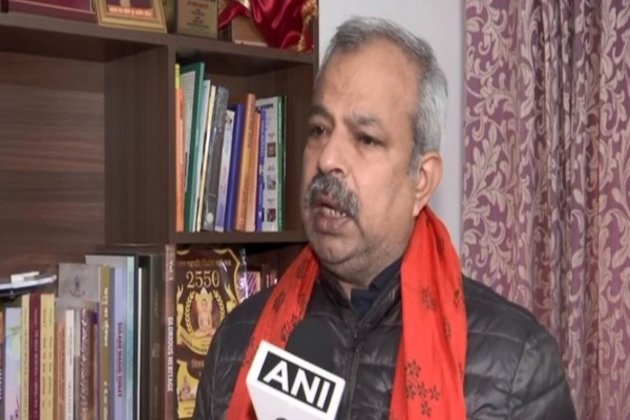 New Delhi [India], November 25 (ANI): The BJP on Friday cited the vigilance directorate's report on the "grave irregularities and corruption" in the construction of classrooms in Delhi government schools and said it exposed Kejriwal-led government's "corrupt" character in front of masses.

"The classrooms that could have been made for 5-6 lakhs were constructed at Rs. 26 -Rs 30 lakh. This has been noted by the vigilance department that there was a scam of Rs 1300 crore. This is a case of corruption where they made a scam out of constructing classrooms. Arvind Kejriwal who claimed to be honest and true has proved to be immensely corrupt," Delhi BJP chief Adesh Gupta told ANI.

Gupta also alleged that AAP government has been indulging in corruption in all departments.

"People have seen for themselves that AAP has not left any department alone. They did a scam of Rs. 1300 crores even in building schools, a temple of education...AAP has been doing corruption in every department. Be it the Jal Board, be it Yamuna, Aakash, now these classrooms. It's a huge corruption case," he added.

His remarks came after the Delhi government's vigilance directorate (DoV) today recommended a "detailed investigation by a specialized agency" into the "irregularities" by the Arvind Kejriwal government in the construction of 2,405 classrooms in 193 government schools in the national capital.

Sisodia who is also in charge of education and Public Works Department (PWD) portfolios of the Delhi government said that cases and charge-sheets against ruling Aaam Aadmi Party (AAP) leaders are written at the BJP headquarters. "It is happening every day," said Sisodia.

Meanwhile, BJP's Adesh Gupta also claimed that the recent death of AAP leader Sandeep Bhardwaj was abetted by the AAP which denied him ticket to the upcoming MCD polls.

"It's a sad incident. For the last few days AAP has been granting tickets to the wealthy for money instead of party workers. It is a very serious issue. When a dedicated party worker was given complete assurance that he will be given a ticket... from Ramesh Nagar, Further investigations will show whether there was any money taken or given... AAP has been trusting money makers and giving tickets to wealthy and accepting money and not giving ticket to a party worker, this shows the real character of AAP infront of general masses," Gupta added.

The BJP leader also claimed that Bhardwaj was upset about the tickets and said, "The day tickets were announced, he was hospitalised later he commited suicide. AAP during elections has been granting tickets to the wealthy while party workers keep on working."The AAP's trade wing secretary, Sandeep Bhardwaj was found dead at his Rajouri Garden residence on Thursday, Delhi Police said. (ANI)