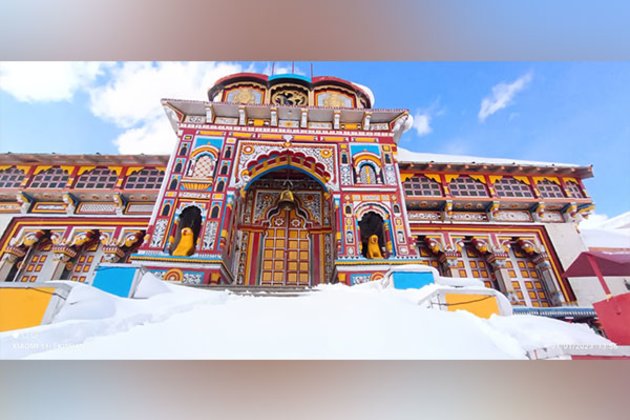 Speaking to ANI on Monday, the DM said a team from the Central Building Research Institute (CBRI) was rushed to the spot for an inspection.

He added that the team, on inspection, informed that the settlement along the highway could be behind the cracks.

The DM further informed that India Meteorological Department (IMD) has forecast heavy rainfall/snowfall on January 24 and 25, adding that a weather alert has been issued and instructions have been given to nodal officers to provide blankets, heaters and generators at relief camps.

The Public Works Department (PWD), and the Border Roads Organisation (BRO) have been asked to stay on alert and move swiftly to clear road blockades due to snowfall, if any.

On Saturday, the Badrinath Dham in the Chamoli district was wrapped in white after the area received heavy snowfall.

Locals at Joshimath, residing in areas deemed 'unsafe zones', were shifted to safer places after several houses, hotels and other public installations developed cracks in the wake of a landslide and subsequent subsidence at the holy site.

Prime Minister Narendra Modi had expressed concern over the situation in Joshimath and had assured all help to the state administration in mobilising rescue and relief during a telephonic conversation with Chief Minister Pushkar Singh Dhami earlier. (ANI)