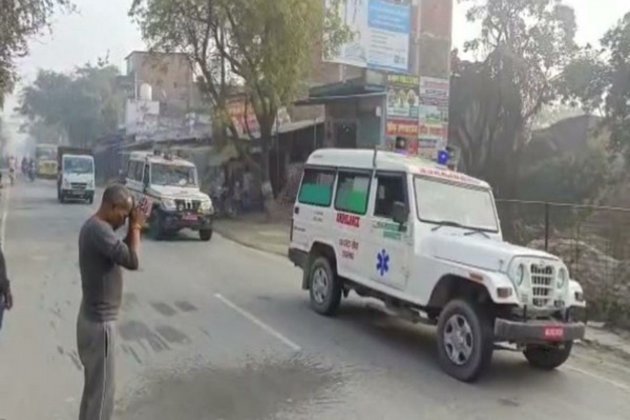 Ghazipur (Uttar Pradesh) [India], January 24 (ANI): Bodies of four men killed in a Nepal plane crash were brought back to the Uttar Pradesh district of Ghazipur from Kathmandu on Tuesday.

Family members of the deceased brought the bodies by road.

Sonu Jaishwal, Anil Rajbhar, Abhishek Kushwaha and Vishal Sharma were among five Indians who were killed in the incident. District administration and police forces are present on the spot.

The doctors in Nepal on Sunday identified the bodies of Anil Kumar Rajbhar and Abhisekh Kushwaha on the basis of evidence provided by the families of the victims.

At least 70 people were killed when a Yeti Airlines passenger plane with 72 people on board, including five Indians, crashed into a river gorge while landing at the newly-opened airport in central Nepal's resort city of Pokhara on January 15.

Kathmandu Post earlier quoted Sudarshan Bartaula, a spokesperson of Yeti Airlines as saying that the ATR 72 Yeti airlines aircraft crashed between the old airport and the Pokhara International Airport.

Earlier, the black box of the Yeti Airlines aircraft was handed over by the Nepal Army to Civil Aviation Authority officials.

The Nepal Army also handed over the flight data recorder, following the crash. The twin-engine ATR 72 aircraft from Kathmandu crashed in Pokhara minutes before touch-down. A total of 70 bodies have been recovered so far from the site of the crash.