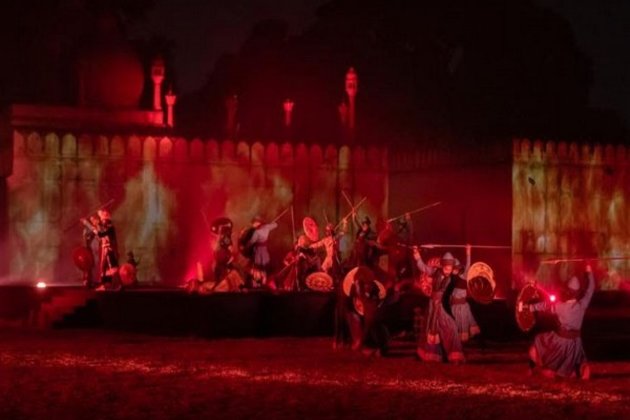 New Delhi [India], January 25 (ANI): Ministry of Tourism will organise a six-day mega event "Bharat Parv" at the Lawns and Gyan Path in front of Red Fort, Delhi from 26th to 31st January, as part of the Republic Day Celebrations, an official statement informed on Wednesday.

As per the official statement, the Ministry of Tourism has been designated as the nodal Ministry for the event, the highlights of which will include showcasing of the best Republic Day Parade tableaux at the venue, cultural performances by the Zonal Cultural Centres as well as cultural troupes from States/ UTs, a pan - India Food Court and a pan - India Crafts Bazaar with 65 handicraft stalls.

"The event would have a Food Festival, Handicraft mela, folk and tribal dance performances, Performances by cultural troupes, Display of Republic Day Tableaux, illumination of Red Fort etc. Branding and promotion of Dekho Apna Desh, Ek Bharat Shrestha Bharat, G20 and Mission LIFE would be undertaken during the event," the statement added. (ANI)